In Memory of Douglas "Ryhn" Martens

Douglas Martens, known as Ryhn on Furcadia, died on August 16th of 2011. He was dearly loved by those who survive him; his family, his fiancé Josselyn (Emerald Flame's daughter), his kitten, Ryhn Pippin and all of his friends and co-workers. 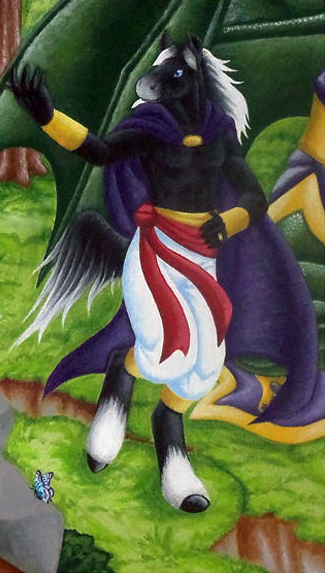 Ryhn started playing Furcadia in 1998 as Roland Lor'sea and was often known to hang out at the statue with Mahvros and the gang in Meovanni. He met Emerald Flame there and along with many other friends started to frequent the dream of Sanctuary.

He joined The Circle guild in the fall of 1998 and was soon busy helping with the patches and DS in Sanctuary, as well as the annual Carnival held there. You can see some of his early work in the Chinese chess board game there and his biggest patch project, the Sanctuary Bridge which he made with Zephyr. Often, he'd tease Emmie about being Sanctuary's Bridge Troll. He was one of the original members of the First Beekin Council and helped out extensively with Worldcon in the summer of 1999, doing all the DS scripting for the main dream in just two weeks. We could always depend on him for a smile and one of his favorite joke questions was to ask the color of your panties. He was known for being the life and soul of any Furcadia party that he attended back in those days!

In the 2000 he changed his main character name to Ryhn, but still kept his appearance of a black equine with white pants and a dashing red sash. By this time he had become a member of the Guardian volunteer group and Emerald's right paw for help on festivals, updates and main map work. He was the only one who managed to get the wave patches to work correctly in the Rameen Surfing! Felorin and Ryhn frequently played chess together in Sanctuary and enjoyed many a discussion about how DragonSpeak scripting works. He had many happy days playing in Furcadia.

After Douglas graduated from High School, he decided to go to college for programming. He told Felorin it was his love of Dragonspeak that started his passion to become a programmer. Once he moved on to college and started programming jobs, time on Furcadia became less frequent but he always kept in touch with Felorin and Emmie. He started doing volunteer programming for Furcadia around 2005 and in 2008 he moved from Canada on a work visa to live at the DEP Headquarters in Texas and work on Furcadia full time. His work on the Furcadia code was extensive and will be a lasting part of the game. 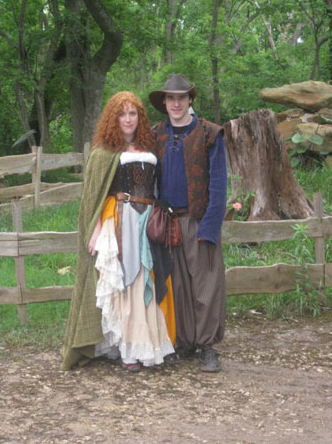 Doug started dating Jossie, known as Pouncer Kitty in Furcadia, very soon after he arrived. He was always quiet, shy and self-contained in real life, unlike his Furcadia character. However, when there were parties held at The Cat Tree (the DEP house), he'd soon liven up the place with a drink, a smile and laughter. He was always a snappy dresser, more so than his peers and others, often sporting a vest and a hat. Christmas was his favorite time of year and he liked to wear funny reindeer antlers on his head! He once remarked to Emmie that his time living in Texas was the best of his life.

In October of 2010, Douglas spent months trying to decide how he would ask Jossie to marry him. Unknown to Jossie, he wrote a script, made props and asked his friends and family to play characters. He and Jossie arranged to have a picnic at the local park, dressed in their Renaissance Faire clothes, they had always loved such events. At the end of the picnic he got down upon one knee as if to propose, but bandits played by Gar and Cassiel came out of the woods and 'knocked him out', stealing Jossie and the ring! He came and rescued her, but the ring was missing! There after ensued a hilarious and fun adventure to get the ring back and finish the proposal. This included Chuck playing as a bridge troll with an elaborate Final Fantasy styled fight, complete with sound effects. Felorin appeared as a forgetful wizard who'd bought the ring and couldn't remember what he had done with it. The heroes had to find some magical items that the wizard lost, including a magic wand, crystal ball and rubber ducky. The ducky told them that the local fairy princess, played by Jossie's dog Zoey, would know where the ring could be found. The Fairy Princess then led them back to the Fairy Queen, played by Emmie, who had the lost ring stored safely in a chest, along with many gold coins representing all the "boyfriend points" he'd earned over the last two years. At last, he asked her to marry him and with everyone watching, Emmie hand-fasted them. 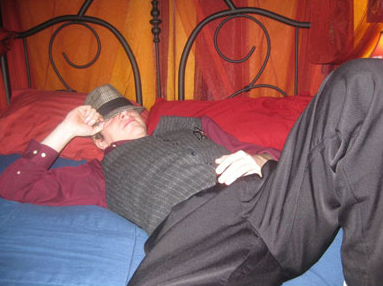 Doug was always a generous and loving friend, and a very bright guy. He was part of our family. Last summer he fell ill and passed away unexpectedly. He will be sorely missed by all of the staff here at DEP and by the community and his friends on Furcadia.

It is but a small gesture for such a person, for an entire life, for the happiness and joy he brought to us all; but we dedicate the Purrwing update to his memory. He shall live on in our hearts and in Furcadia.