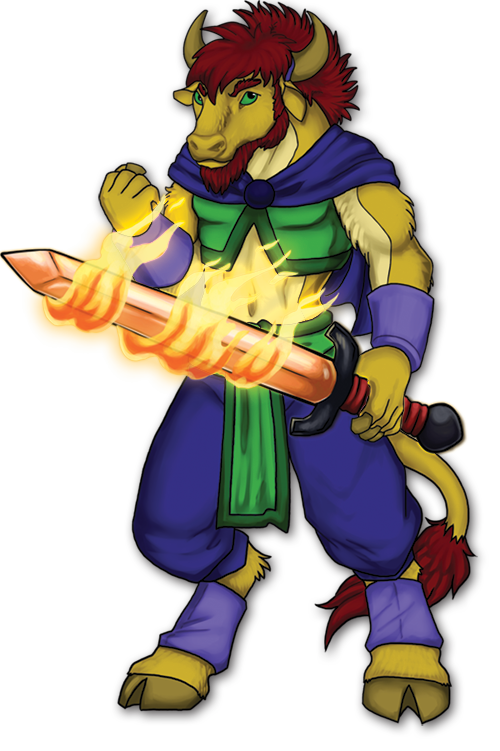 Roleplaying is a type of text-based imagination game, or in other words, live storytelling between multiple players. There are a lot of ways that you can Roleplay on Furcadia. You can follow our Roleplay guidelines, or make your own!

In Furcadia, we make a distinction between two kinds of Roleplaying. The most popular and common one is "Freeform"; we call it Persona Roleplay because all it requires is taking the very first step towards Roleplay: choosing to play a Persona. The other is Strict Roleplay.

In Character versus Out Of Character

You can find places in Furcadia to Roleplay by looking for designated IC Areas. This convention is used for both Persona Play and Strict Roleplay to uphold the engaging feel of live storytelling. In order keep the events of Roleplaying separate from that person's real experience as a person, most players divide not only what they say, but also the areas they are in within a Dream. This is the concept of In Character ("IC") actions and speech versus Out Of Character ("OOC").

IC stands for In Character, which is similar to being "on duty" in a Roleplay. In an IC area, you say and do only what your character would say and do while you are In Character. For example: Sugar shivers, since the rain started to seep through her clothes. "I can't believe it's raining again," she says with a hint of a whimper.

On the other hand, OOC stands for Out Of Character. This means you speak as yourself-- you aren't pretending to be your character. In most IC Dreams, OOC is confined to marked areas. This is because Out Of Character communication can "break" the immersion of the Roleplay. For example, it would look strange for a character to suddenly say "brb dinner" during Roleplay! 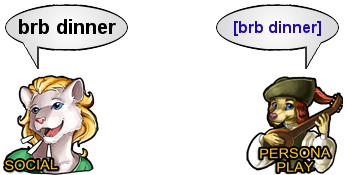 Sometimes in an all-IC area, you might find that you need to address everyone on the OOC level. Special tags can help other players understand that what you are saying is OOC text. A typical way to talk "OOCly" is to use [square brackets] for OOC text. That way, other players know that you, the player, are talking instead of your character or persona. Your Roleplaying Group might use other conventions, however, such as (parentheses) or just whispers.

Furcadia itself is not an all In-Character place, but instead assumes that every Dream can be its own independent world, called a Continuity. A Continuity usually has established history, established geography, and "world laws" concerning the workings of such things as magic and psionics. A Continuity might include restrictions on what races may be roleplayed, what character classes exist, and what factions characters may belong to.

Sometimes Persona Roleplayers have a "personal" Continuity - in other words, they have a character background that generally only they know, and they Roleplay with respect for what has gone on before.

Furcadia provides you with a method for determining random outcomes using Dice rolls. Dice rolling may be important in Roleplaying, for fun, or as an impartial decider in games. Just type: ROLL (number of dice)d(number of sides on the die).