The Story of The Second Dreaming 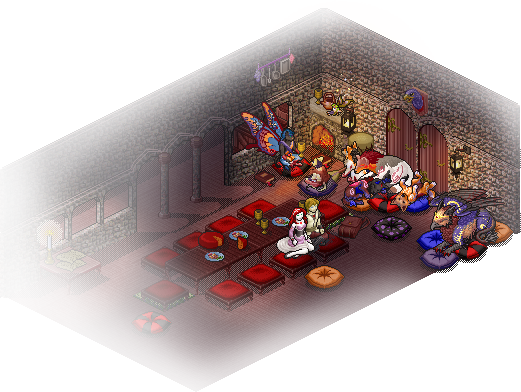 In a backroom of Mycroft's, curled up next to the fire, sits an old fisherfurre by the name of Lygeia Soulsinger. Newfurres wouldn't give her a second glance, but veterans all call her by name and buy her a brew. They hope for a glimpse of her smile and a chance at an enchanting story drifting from her soul, for Lygeia is Kasuria's most famous storyteller. Some say the Primes, themselves, gift her stories in her Dreams or perhaps, maybe she is naught but a Dream herself.

Many had been noticing the changes in their world. The Dreaming seemed brighter, the very air sizzling with magical energy. There were deeper shadows and glowing lights. Word out of the desert whispered of the metamorphosis of the great city on the mountain, Furrabian Nights. In Kasuria's Festival Grounds more KitterFae had appeared, drawn to the new and vibrant colors. Magic seemed to be seeping from the ground and blooming in the flowers. The denizens of Kasuria were excited and a little frightened and had come to Lygeia for news of The Primes...

Lygeia sat by the fire, her eyes open but unfocused, a look of wonder shining from her ageless face. Many furres from all over had come to hear her story that night. One bright eyed young mouse dared to ask, "Lygeia, can you tell us a story of the colors and light?" Lygeia's eyes focused on him, a smile lit her face, and in a deep, lilting voice she began the tale. Her first words washed across those gathered like the Dreaming itself was upon them. "This is a story of The Dragon and of the wishes of furres."

"It is told that in the beginning there was only The Dragon in all the vast space of time. As The Dragon slept, his/her very first breath formed The Dreaming. The whispers on his/her next breath formed magic runes on the orbs of life, that hatched into the Primes. The Dreaming was still young and the magic new. It had not aged to full color and light. As The Dragon Dreamt on, The Primes and Dark Primes created and destroyed much in their new world, but those are stories for another time. For now you want to know of the Age of Furres and why there are changes now."

The gathered Kasurians nodded as they listened, looking around at the myriad of species represented around the hearth. There was the young mouse furre at Lygeia's knee, an ancient Kitterwing alit on the mantel, a majestic Gryffe resting on a cushion in the corner, and a litter of Wolflings cuddled up with their father. There was even a Hyooman couple whose families had slipped through The Dreaming veil some years back. They all knew The Primes had made them. Prime Thelcoda had even brought back a species from olden times, Wyrmmes. Even still, their faces clouded with apprehension for the new changes in their world.

Lygeia's eyes twinkled with hidden secrets as she smiled in reassurance, "Do you not know that it is all of you that started these changes? The very nature of free-will that The Primes gave you has made you yearn for more." She looked to the Kitter on the mantel, "You look at the flowers and wish for more color, more vibrancy." Her eyes rested on the young mouse, "You wish for grand adventures and new places and friends to discover." To the father Wolven she smiled, "As your cubs grow, you wish them brighter light for good hunting and deeper night for the moon to glow." To the Hyooman couple she whispered, "You wish for more of your kind, to form great kingdoms of order and communication." Her eyes raised to the regal Gryffe, "And you, you wish for more wealth so you can make tools to better weave your Dreams."

Closing her eyes, Lygeia continued the story, "In his/her slumber, The Dragon has heard the wishes of all its children, floating in the mists of magic. The Great Dragon of Creation drew the wishes in with a deep breath, swirling them in the primal power of his/her being and now he/she slowly breathes out, breathing new creative energy into the Dragonlands. The winds of change and the breath of magic blows through The Dreaming!" Lygeia gestured with her paws to indicate the paths of magic moving around them and with infinite wonder resonating through her voice, she declared, "The Second Dreaming is upon us!"

The room filled with a chorus of murmurs, whines, and squeaks; the listeners' eyes widened as they grasped the importance of what the storyteller had said. Lygeia only smiled and calmly went on, "Fear not this new world! It will bring about the changes needed to grant your wishes!" Lygeia giggled joyously as she saw the expressions change to excitement and anticipation. "Do please remember, The Dragon's work is not fast, though The Primes will help. Come again and I shall tell you more stories of The Second Dreaming and the changes the new magic will bring!" Lygeia turned back to stare into the fire, sipping from her mug of brew. 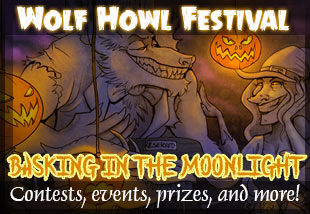